This prompt was done for Grammy's Grid. She has a prompt posted each month where you can write whatever micro, flash, or short fiction. It's a lot of fun! Check it out! 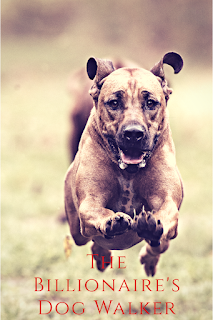 The children stared as the sky just as a crack of lightening jumped from cloud to cloud. They screamed and shouted before running for cover. I gently tugged on the leash of the elderly bull dog who was busy sniffing a fire hydrant.

In the corner of the park was a shelter, I trained my eyes on it and whispered encouraging words to the old dog. We jogged slowly across the grass as another loud crash and flash of light pierced the air. The dog picked up his  pace to a lumbering lope as the sky opened up and drenched us.

By the time we made it to the shelter, my teeth were chattering and my socks squishing in my shoes with every step. A bunch of people were already gathered underneath the overhang as the rain continued to pour. A couple with two small children were talking softly in the corner. The tennis players were bouncing a ball back and forth between them, and a man leaned against the wall reading the morning paper. I threw my soggy coffee cup in the trash can and fluffed out my hair. The bull dog leaned against my legs, quivering with each rumble of thunder. The man with the newspaper set the entertainment section down on the ledge he leaned against. A large artic gust blew into the shelter, sweeping the paper off the edge until it fluttered to the ground.

A loud boom covered my gasp as I saw the entertainment front page. It was a picture of me and Mr. Donne at the gala last night. The wind blew the sheet of newspaper over and it stopped against my leg. I picked it up. There was a picture of Mr. Donne and I walking into the gala from the back. The headline read: Chicago's Most Eligible Bachelor Brings Mystery Date to Historical Society Gala. I quickly folded it back up to hand it back to the man to find him staring at me awkwardly.

"I'm done reading that section if you want it," he said with a frown.

"Thanks," I turned away from him to scan the rest of the article. Luckily there were no frontal or side profile pictures of me and, really, I only had a couple of paragraphs dedicated to finding out who I was. Evidently, it wasn't uncommon for him to hire a date. I blew out a sigh of relief as I folded the paper. My skin got that crawling feeling that I turned around to find the man staring at me. I handed back the paper, hoping the blush wasn't obvious on my cheeks.

"No problem," he frowned again before folding his paper neatly and placing it into his suitcase. He then walked out into the rain.

A sinking feeling settled in my stomach as I tried to dial Trevor's number with my shaking hands.

Email ThisBlogThis!Share to TwitterShare to FacebookShare to Pinterest
Labels: Romance