She carefully walked down the....

This prompt was done for Grammy's Grid. She has a prompt posted each month where you can write whatever micro, flash, or short fiction. It's a lot of fun! Check it out!

She carefully walked down the steps, picking up the abundant lace fabric that trailed behind her and tangled around her legs. One step, then another, and then another. She placed each ballet slippered foot on the step below it until she got to the bottom. The church bells tolled out as the organist pounded on to the keys. What should have been a happy tune sounded like a funeral march. Her heart pounded in beat as her palms sweated through the gloves that encased her fingers. The heavy oak doors were shoved open by large young men she did not know as the gathered crowd stood to face her. Her head swung up and took in the sea of faces staring at her, her vision darkened on the edges as she fought the bindings to drag in one breath after another.

Her father, dressed in black, stood out from the crowd as he glowered at her, daring her not to take another step. She swallowed and clutched at her bouquet, praying it wouldn't slip out of her hand as she fought herself to take another step forward. Her bridegroom leaned nonchalantly against the side rail, his dark brows pulled close over his eyes, as he crossed his arms in front of his chest, causing his muscles to bulge menacing. A corner of his mouth pulled up in a smirk as he watched her hesitancy on proceeding. Hatred welled in her, she wanted to slap the look off of his face. She couldn't believe her father would make her marry a man such as him.

"Miss, are you okay?" The young man, who held open the door, prompted, pulling her out of her thoughts.

She swung her eyes to him and her heart fluttered with happiness to see his face. The young man smiled down at her, even though he had sadness in his eyes. For a minute, she glanced between the young man and bridegroom. To honor her family and make a smart marriage for the future heirs…or…to follow the love of her life, risk being a pauper, and the disdain of her father.

What do you think she did? 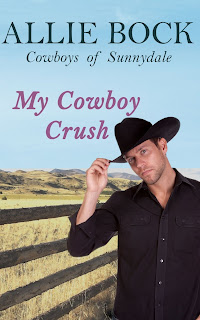