Micro Reviews: Sex and the Season by Helen Hardt

I find micro reviews to be fun to do. They are short snippets of what I thought of each book. Have you ever done them?

In the this post, I am going to be discussing what I liked about Helen Hardt's Sex and the Season series. I reviewed the first story in this series a while ago. You can read my thoughts on
Lily and the Duke. 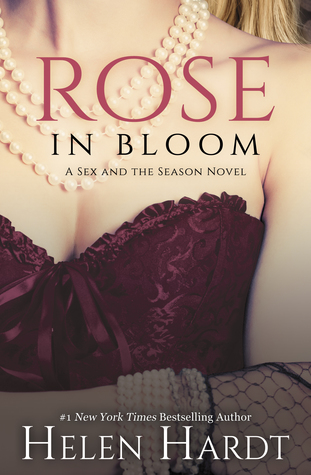 Wiltshire, England 1853 Lady Rose Jameson knows her place-respect authority and convention and marry a suitable member of the peerage. Lord Evan Xavier, the second son of the Earl of Brighton, possesses the necessary pedigree, but though Rose enjoys his company, the spark she craves is missing...the spark she feels with handsome commoner Cameron Price.
Cameron has accepted his lot in life-to care for his widowed mother and two younger sisters. Instead of writing the music he loves, he's destined to work the land his family leases from the Duke of Lybrook...and deal with his overwhelming feelings for the duke's sister-in-law, Lady Rose. When Cam's sister becomes ill, he needs money quickly, and his fate is further sealed. He must say goodbye to Rose forever. But circumstances and the appearance of an elderly stranger may change both their lives.

I enjoyed this story. I found Rose to be very sweet, but I really thought Cameron to be the highlight of the story. He struggles with how he feels about Rose and how poor he is. Then, he gets his big break but he struggles with how to get Rose back.
This story had great characters with wonderful character growth, a tremendous love story, and a fantastic plot. 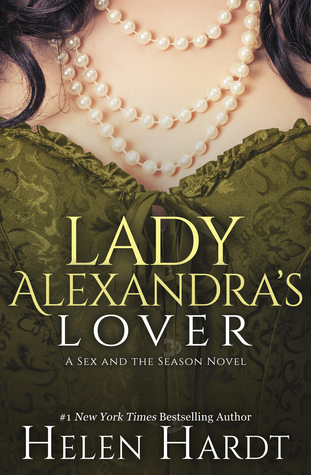 
Evan, the second son of the Earl of Brighton, considers Alexandra a genuine pain in his arse. She's beautiful, yes, but also headstrong and lacking in social graces and respect for authority. Unfortunately, while his father and her mother are away on their wedding trip, she is his responsibility. When she announces her plan to travel to London, he has no choice but to go along as her protector.


When the two are stranded after a carriage accident, circumstances spiral out of control, and the heat between them can’t be denied. Rescue is on its way, but Alexandra still has her own agenda…
Book Review:
This is absolutely my favorite of novel of A Sex and the Season series. Alex is a doll. She's fearless,  spunky, and a free spirit. I love how she doesn't let her horrible upbringing to keep her down. Evan had such a complex character.

Helen spun a tale with great characters that are thrown into a dangerous situation.  It kept me turning the page. This tale is a perfect mix of romance and suspense. 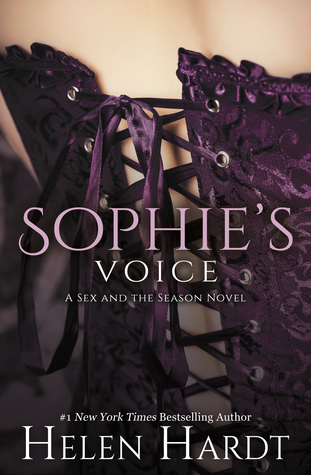 Lady Sophie MacIntyre has the voice of an angel, but due to her timid nature, no one ever hears it. After losing a bet to her conniving sister, Sophie auditions for the new musicale at the Regal Theatre run by handsome actor Zachary Newland. Though distracted by Zach’s elegant masculinity and her own nerves, she sings well and earns a role in the production.Zach is a confirmed bachelor, and his taste in women leans toward the glamorous and uninhibited…until he meets the demure Sophie. Her delicate soprano and understated beauty captivate him. She responds to his inappropriate kiss, but quickly dismisses the heat between them. She’s a lady of the peerage, after all, and not one to associate with a rake like him.Zach, however, is not so easily dissuaded. He gets what he wants, and he intends to help Sophie find her true voice…in more ways than one.

This one just didn't do it for me. There is nothing wrong with the writing or plot line. I just found Sophie to be too weak and whiny. She's not my type of character. I found the chemistry between her and Zack to be forced.

The author tried to add a bit of mystery to the story, but I figured out what was going on with the first half of the story. It was a bit of a disappointment.

We met a couple of friends at a draft horse show last week. It was a lot of fun to see all of the hitches. They are just beautiful horses wi... 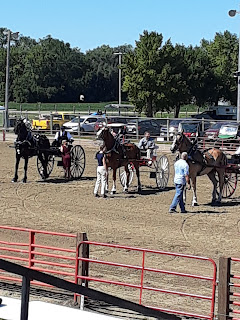