Mini Reviews: Getting over Gary and Dreamin' of Daran 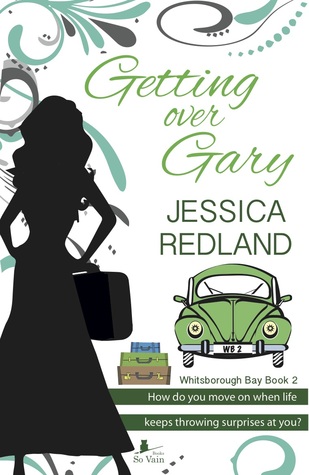 It was supposed to be the perfect fairy-tale. Elise married her childhood sweetheart, Gary, straight out of college, and they’ve been happy together for over twelve years. Elise is now desperate to start a family, but Gary doesn’t seem to share her enthusiasm anymore. Arriving home early from a party, she discovers why: Gary’s been keeping a secret from her. A very big secret.
While her own marriage appears to be falling apart, being a supportive bridesmaid for her best friend, Sarah, isn’t easy. Especially not when Clare, her nemesis from day one, is one of the other bridesmaids. If she’s going to get through it, she needs to put her own feelings aside, find herself again, and get over Gary. Fast.
Could recently-divorced Daniel be the tonic Elise needs, or is he full of secrets and lies too? Is his hostile, but strangely attractive brother, Michael, the genuine article instead? And why do the good guys like Stevie turn her down?
But then Elise discovers she has a secret of her own and getting over Gary suddenly becomes the least of her worries…

Getting Over Gary is  the second book in the series. It is a standalone book to her trilogy, but you don't have to read the other books to know what is going on.


What I really enjoyed about this book is the personal growth that Elise had. She went from a sheltered one man kind of woman to figuring out how to be on her own. It was inspiring. 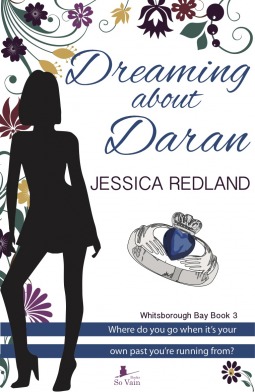 Book Blurb From Goodreads:
After the success of "Searching for Steven" and "Getting over Gary", this is the much anticipated third and final instalment of the Whitsborough Bay series.
Sometimes, you can run from the past, but you can’t hide. Since the age of sixteen, Clare O’Connell has lived her life by four strict rules:
1. Don’t talk about Ireland
2. Don’t think about Ireland
3. Don’t go to Ireland
4. Never let anyone in
And so far, it’s worked well. She’s got a great career, some amazing friends, and she’s really happy. The future’s all that counts, isn’t it?
However, when her boss insists she travels to Ireland to repair a damaged relationship with a key client, Clare finds herself drawn back to the small village of Ballykielty where she comes face to face with the one person she’d hoped never, ever to see again.
With the door to her past now wide open, the first three rules have gone out of the window. Can Clare stick to rule number four?
Book review:
🐾🐾🐾🐾🐾
Dream about Daran is my favorite of this series. It is also a standalone novel.

Clare is by far my favorite of the three girls. She is sassy, outgoing, and takes no crap from anyone.

This story had the most suspence. Clare has a terrific backstory that just kept me turning the page. Ms. Redland was able to pull on my heartstrings. I laughed, I cried, and I cheered for them.


In conclusion, this trilogy is a great read for anyone looking for stories about friendship and personal growth with a sprinkle of humor and an extra dose of romance.
- November 04, 2019