Book Review: Time of my Life by Laura Heffernan

Book Blurb from Goodreads:
Janey’s never felt this way before, but staff is forbidden from dating passengers. It's only one dirty dance...
Legend says everyone who boards the Oceanic Aphrodite finds love. Janey’s on the ship to teach pole fitness, not for romance. Then she meets Frank. He’s everything Janey isn’t–refined, classy, rich–but his good looks and charm make him undeniably appealing. Unfortunately, he’s also a passenger.
When Janey’s partner can’t perform in the end-of-cruise talent show, Frank offers to fill in. He’s never done pole, but she's got time to teach him. As they grow closer, Janey finds herself hoping the legend is real–but if she gives in to temptation, she could be out of a job.
www.lauraheffernan.com
www.facebook.com/lauraheffernanbooks
www.twitter.com/LH_writes

Book Review:
This is the second book in the Oceanic dream series. Also a standalone read. These reads are nice and short. A relaxing way to spend a Saturday afternoon!
One of my all-time favorite movies is Dirty Dancing. Who didn’t fall in love with Patrick Swayze? Running down the aisle and have him lift you up in the air. At least, I fantasized about that.
This story was all the fun of Dirty Dancing, with a twist of gender swapping. Frank is a hot, sweet doctor. Janey is the pole dancing instructor, coming from the life of hard luck. Can the two of them work together despite their differences?
The story was fun to read. Laura had tied in direct quotes from the movie. It was cute and wonderful. Janey was a delight to read about. She was a strong independent woman. I loved how she worked hard for herself, family, and of course her best friend. Frank was adorable. He had all the innocence of Baby from the movie. The writing was fabulous, the characters delightful, and the conclusion was perfect. I so want to go on a cruise ship to the Carribean.
Thank you to the author for this book. You can find it on Kindle Unlimited.
Guest Post by Laura Heffernan: Time of My Life Inspiration
When Delancey Stewart first suggested that several chicklit authors band together and
post a novella series, I got excited. When the group eventually settled on the idea of
settling all of the books on a cruise, I knew joining was the right decision. Cruising is my
favorite means of travel – so much, in fact, that my husband and I got married on a
cruise ship. (Also, it was about 15x cheaper than getting married in Boston.)
Janey came to me first, around the time someone suggested that some of the main
characters could be staff instead of passengers. Shortly after I got married, I started
taking regular pole fitness classes. It was the first form of exercise I ever loved, and I
went a couple of times a week for years. I gave a couple of performances, and even filled
in as substitute instructor for the beginners’ class a few times. I studied both pole fitness
and sexier pole. Ever since my first book was published, I’ve wanted to write a pole
dancing heroine. I’ve just been waiting for the right story to present itself.
From a pole dancing instructor onboard, my mind went to Dirty Dancing pretty much
immediately. I loved the idea of making the female main character the dance instructor.
I liked being able to delve more into the relationship with Penny and dig into moments
that weren’t shown in the movie because Baby wasn’t present for those scenes. Once I
started to examine the possibilities, Frank revealed himself. I quickly fell in love with my
dancing doctor–even if he did sometimes need someone to take him down a peg or two.
(No worries, Janey’s good at that.)
The main plot points are similar to those in the movie, because this is a retelling. That
was interesting for me because I usually don’t plot my stories. My characters tend to
take on a life of their own, making decisions that take me through the book. Not this
time. Dirty Dancing served as a type of outline. I knew I needed various major events,
like the dance show at the end. It was really more about telling the story in my own
voice, putting my own twist on things, and striving to create a couple that readers would
root for as much as Baby and Johnny. Janey and Frank aren’t carbon copies; they’re
their own people. And I had the time of my life telling their story. I hope readers enjoy it
as much as I did.
Time of My Life is the second novella in the Oceanic Dreams series.
Author Bio:
:
Laura Heffernan is like the wind. A couple of years ago, she discovered that she could
have the time of her life doing pole fitness. In the still of the night, Laura enjoys writing
books that recognize love is strange.
Before taking time off to have a baby, yes, she could do most of the moves described in
this book. Not that one. But because big girls don’t cry, she tries not to dwell on it.
Where are you tonight? Probably on Twitter, tweeting about reality television, board
games, or Canadian chocolate.
Read about Laura’s other books at lauraheffernan.com or sign up for her newsletter
at eepurl.com/clbu0P.
- July 29, 2019 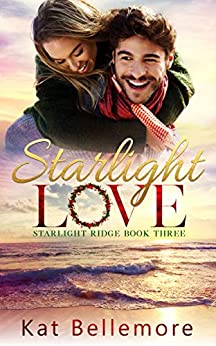