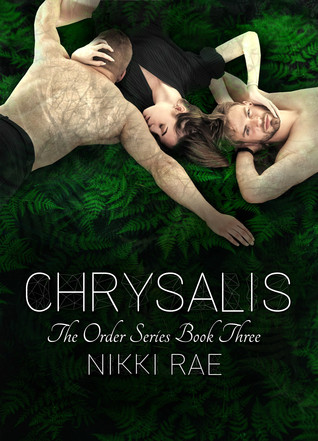 After Wolf Manor, Fawn vowed to never be weak, broken, or scared again. She has wrenched her power from the Vultures, visiting them under the cover of darkness to deliver the same drug they’d given her. This version has a different side effect: death.It doesn’t stop the nightmares, it can’t erase what happened, but revenge is the only distraction from Lyon Estate. Tucked in the wilderness, she draws back into herself until Master Lyon demands they make good on their deal. In order to continue her vengeance, he is to be her Owner—really this time.While it is a small sacrifice to make, Fawn isn’t prepared to be pulled back into Elliot’s world, where the rules of the Order exist, but in a new way. Running from him sends her into the arms of others in House Chimera. People who should be off limits, but they also stir something within her wholly different than the emotions Master Lyon can conjure. Marius is patient, and she finds herself clinging to him more now than ever before. People like them don’t believe in love, but can they choose it?Fawn is no longer the prey, but beyond the trees, a lone Wolf is hunting…

This is our third read by Nikki Rae. While I really enjoyed the first two books, I found this one to be more if a filler between the action that happened in book 2 and what will hopefully happen in book 4. Don't get me wrong, I still had a great time reading it. There was nothing wrong with the way it was written, it just did not keep me on the edge of my seat, like the first 2 books.

As for the characters, I found Doe to tiresome. She didn't fight to make her life better. She just did her job and squirrel herself away in the study. While I totally understand the draw of a good book, she kept avoiding the other characters. The tension in the story was getting to me. I just wanted a peek at the strong willed girl I fell in love with in the first book.

As for the sex, there wasn't as much as I thought there was going to be. It was all consensual, but it lacked the hotness I expected from Nikki.

I do love the artwork for this series. It is sensual and captures the essence of the books. What do you think of it?

Overall, this was my least favorite of her books, but I am looking forward to her next one!
- June 06, 2019