Welcome back everyone! Today,  Tank and and I are tour for Nikki Rae's Wilt. Since it is the second book in the series, we will refresh your memory of the first book, Bloom. 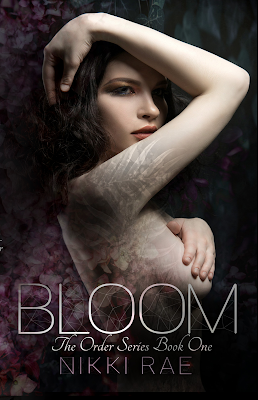 Synopsis:
Given to The Grimm Order as an infant, Fawn was raised in a world shaped by the rich and powerful. When she was sold at the age of nine to a Suitor, Fawn believed he would protect her from the “Mainworld”, where those who know nothing about the Order live. Living with the cruel man who bought her freedom, she finds just what the Order is about: money, control, and status for the Owner and humiliation and abuse for those they own.
Unwilling to accept the expectations of being Owned, Fawn goes from golden girl to maid, content to live in the shadows of the Order as long as she isn’t Owned again.
It’s been ten years since she disgraced her former Owner’s name, and now the brooding Frenchman Elliot Lyon wants her. Master Lyon is kind, smart, and unlike any man she’s met. She doesn’t want to admit it to herself, but Fawn is drawn to him despite constantly planning her next escape.
Even the prettiest flowers have thorns, and Master Lyon is hiding secrets that will uproot everything she thinks she knows about him.
Read our review here! 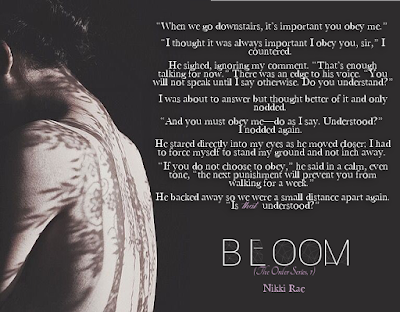 Bloom Teaser
I didn't allow myself dreams. They were unrealistic and unfair. Cruel. There was enough cruelty in my life; I didn't need to inflict it upon myself. It was difficult at first, telling my brain to shut off so completely that even when I wasn't in control of it I could rely on the images within to be shrouded in black. They say everyone dreams and they just don't remember. I don't think my mind is capable of conjuring up images—nightmares or pleasant dreams. Not anymore. Reality was a nightmare. Dreams didn't come true. Once you knew that things couldn't get any better and that things were and will be the scariest you could ever experience, the imagination simply died. So instead of dreaming, I planned.

Now on to the second book! 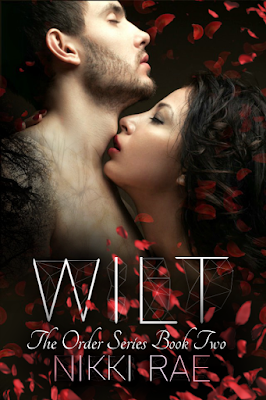 Synopsis:
When she was sold to Master Elliot Lyon of House Chimera, Fawn could have never imagined he was the same person as Elliot, the man beneath a well placed mask. A victim. Just like her. She would have never thought he was grooming her for the Wolf she’d already escaped once. That he planned to deliver her to the beast’s jaws in exchange for his wife. Master Jäger will stop at nothing to have her—even if that means using others as collateral. With more than just their lives on the line, Fawn must become someone else, and Master Lyon distances himself further from Elliot as her transfer looms.
The roots of the Order run deep within them, but Fawn is beginning to realize another bond has formed between her and her Owner, a man she vowed to destroy along with the rest of their tangled branches.
In a world where trust is just a tool and love isn’t meant for people like them, Fawn is determined to beat the powerful at their own elaborate games of make-believe. Even the man who Owns her. 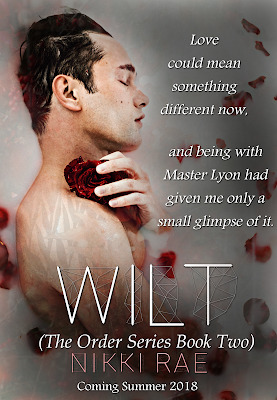 Book Teaser:
Master Lyon removed the moisture from my cheek with a knuckle. “How will you ever survive if you forget the rules when there are more players brought in?”
His words were gentle, sad. They made me want to hide.
“Please,” I whispered. “I promise to behave if you just tell me, sir.”
He stroked my hair with his free hand. “I know you’re afraid,” he said. “But as long as you obey me, you’ll be safe. That is all you need to do.”
I shook my head, unwilling to accept his non-answer.  “Sir, please,” I barely said. “I-I—”
“Shh,” he soothed, fingers playing with the diamonds of my dress and then circling the scars he could reach. He leaned in close so he could speak directly into my ear. “You’ve come so far,” he said, outlining the higher, larger scars as if to emphasize his point. “If you want them to suffer, tonight is the first step towards that goal.” He tucked hair behind my ear and cupped my cheek. “Even if you cannot see it now, know that we want the same thing.”
It was hard not to laugh at the absurdity; what we wanted couldn’t be more different. I wanted to be free and he wanted me to be caged.
“And what is that, sir?”
“To destroy them,” he almost growled, but the anger wasn’t directed at me.
This time when he moved away and we stared at each other, his eyes burned with sincerity while the rest of his face remained a hard mask. I wanted to deny his convictions, believe he was lying, but it was impossible. This wasn’t an act an Owner was putting on to convince a girl that her sacrifice for him wasn’t selfish. This was Elliot, trying his best to keep everyone he loved safe—whether we were worthy or capable of love or not. I only hoped, whatever his definition of the word, he loved me enough to keep his promises.
Book Review:
First of all, I don't usually enjoy this genre of book, but there is just something about Nikki Race's writing that just draws me in and keep asking for more. In my opinion, I think the second book was better than the first, which is unusual for me. Most of the time, I love the first book and the second is a disappointment.
Wilt picks up right were Bloom left off. Fawn made a poor decision in the first book and got severely injured. So now, she is getting nursed back to health by Master Lyon. Here is where their relationship starts to change. She knows he is going to sacrifice her for the cause and she starts pulling away. I could see how it was breaking his heart just a little.
Once she is healed, they have to go back to pretending of being in the Order. The reader gets to see what an Order party is like. Once that was a success,  Fawn is taken to the House of Wolf for the trade. That is all I can tell without being a spoiler.
Nikki Race's stories just sucked me in. She made the characters so realistic, flawed, but desirable. I couldn't help rooting for Fawn to succeed. The plot was well planned with a surprise ending. Plus, Fawn might have met someone that actually loves her! How exciting is that!
The final thing I love about this series, is that the cover and graphics are so pretty!
Author Bio:
Nikki Rae is an independent author who lives in New Jersey. She explores human nature through fiction, concentrating on making the imaginary as real as possible. Her genres of choice are mainly dark, scary, romantic tales, but she’ll try anything once. When she is not writing, reading, or thinking, you can find her spending time with animals, drawing in a quiet corner, or studying people. Closely.
Giveaway link:
http://www.rafflecopter.com/rafl/display/e296563415/?
Social Media Links:
Website
Newsletter sign up
Patreon
Amazon
Goodreads
Facebook
Fan Group
Twitter
Instagram
- July 15, 2018