Blog Tour: The Sureness of Horses

The Sureness of Horses by Kevin Arnold 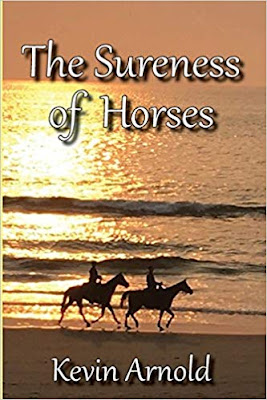 Summary:
When divorced Wade Middleton meets wealthy Diana Buchanan, a beautiful horsewoman who relocates to Palo Alto, California, from Texas, he is introduced to the world of horses and the fox-hunt, and a whirlwind romance spins out of control.  Problems arise in the relationship when Diana can't let go of her high-horse lifestyle, nor entirely separate from her powerful husband. Wade's love of poetry isn't exactly embraced by Diana, either, and they are worlds apart. Yet for some reason, the two are saddled by an attraction to each other neither understands.

Add to this Wade’s unwillingness to help his friend Jorge when he needs it most, and the guilt that ensues from his having the hots for his friend's wife, a desire he admirably suppresses to an extent. Wade has his own demons to wrestle down, but he is unprepared for the troubles to come. 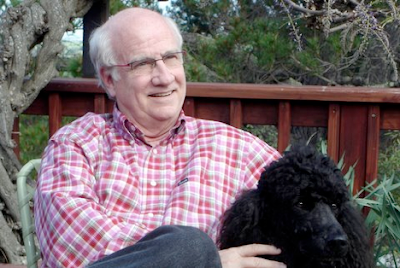 A graduate of the University of Wisconsin and the US Navy, Kevin has published fifty stories and poems. He earned his Master’s in Fine Arts from San Jose State University in 2007, the same year he helped found Gold Rush Writers. He has ridden to hounds since 1999, earning his colors with the Los Altos Hounds, also in 2007. He served as President of Poetry Center San Jose for twelve years. Kevin is an Elder in the Presbyterian Church, USA. The San Francisco / Peninsula California Writer's Club recently named him Writer of the Year.

Book Review:
*The Sureness of Horses* by Kevin Arnold is a riveting tale of life, love, and personal growth.
Wade is just an average guy from Illinois  trying to make his fortune in California. He is divorced and his only child goes to college on the East coast. His life is pretty mundane until he meets Diana, a vibrant sophisticated woman from Dallas. These two are as different as day and night. Their relationship has its ups and downs as they try to figure out how to make it work.
This story focuses on the human condition. There is love, heartbreak, and personal growth. Arnold writes in engaging style that really made me feel for Wade. Even though, I am not at the same point in my life that he is, I can feel his frustrations and worries. I enjoyed the setting. It was wonderfully descriptive and accurate.
My favorite part of the book was the horses. Arnold was able to capture how any horse person feels about this animal. I was impressed as I am forever impressed by horses' beauty and power. The descriptions of the hunt just drew me in as they were cantering up the hills chasing the hounds.
This story was excellent. I would definitely recommend this to anyone who loves a good story about every day trials.
Thank you to the author and publisher for this book. This is my honest opinion. 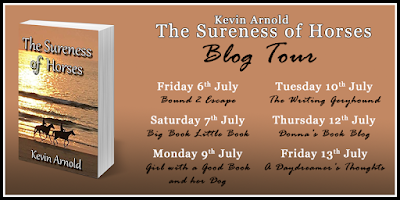