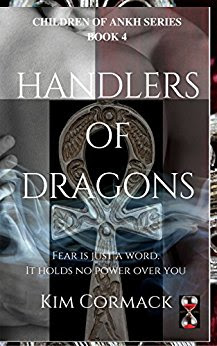 Book Blurb from Goodreads:
In book four, Kayn has survived the Testing along with Zach and Melody. She is now Clan Ankh’s second Dragon. She’s been emotionally stunted by the violence she’s endured. Zach has become her Handler. He is her voice of reason in the emotionless void. Frost and Kayn are now together but the pull to her past is confusingly strong. She has discovered that one of the Guardians is her father. Seth is also Lexy's father and this means she has a sibling within the clan. Her abilities are growing stronger each day but she has little to no control. There are now two daughters of Seth. The ominous prophecy lingers in the background. Will Kayn gain some control or will she be swept away into the emotionless void? Only time will tell. 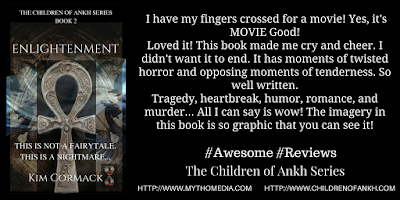 One thousand years ago, procreation with mortals became illegal under the immortal law. Any suspected immortal offspring will be allowed to live until the age of sixteen. At this time, a Correction will be sent to erase their family line. The suspected immortal and their immediate family will be executed. If the partially immortal teen manages to survive their Correction, or they have impressed the Guardians of the in-between with their bravery, they may be granted a second chance as a sacrificial lamb for the greater good.

They must join one of three clans of immortals living on earth. Clan Ankh, Clan Trinity or Clan Triad. They will then have the symbol of that clan branded into their flesh and with this mark, their souls will no longer be permitted through the hall of souls when they die. They must wait in the in-between for their clans to heal their mortal shells. Once they have reached the age of eighteen they will be sealed to their clan.

The next step is to train their partially mortal brains to survive the stresses of immortality. The next feat will be the immortal Testing where they will be dropped into a floating crypt the size of New York City. This Testing is fuelled by your worst nightmares. It is a place of magic. A personal hell, where anything can happen. Here you must die a thousand times if need be, in increasingly violent ways until you understand what it is to be immortal. All three Clans go into the Testing. They must remain together and search for the Amber room to survive. There is a catch…only the first two clans that find the Amber room will be allowed out. The third clan will remain trapped in the nightmare forever… 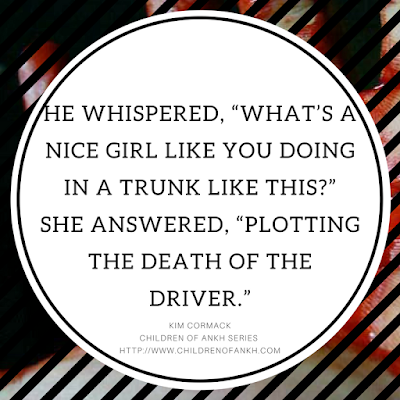 GOODREAD
AMAZON
Book Review: Handler of Dragons (Children of Ankh seriesbook 4) by Kim Cormack
In Handlers of Dragons, the story follows Kayn’s journey as she develops into her role as a dragon for the Ankh clan. She is an immortal that finished the testing and is now one of 2 dragons for the clan. She has a hard time connecting with her handler all because she can’t forget about her past as a human. The story has everything that I like: steamy love scenes, danger, and just plain ass kicking.
I have only read this book in the series. I do not recommend reading it as a standalone. Definitely, read the previous books in the series before starting this one. There was a lot of backstory that I missed because I didn’t start at the beginning. Honestly, I was lost for a good portion of the book.
Besides that, I enjoyed this book. The story feels like a filler in-between the testing and something big that will happen in the next book. The plot itself is kind of flat. Kayn is trying to figure out her new role while being attracted to this hot guy who is some one important in the clan.  Then her beau from her human life remembers her and wants to be “friends”. That’s a lot of drama for a confused 18 year old to figure out. She goes and pushes her beau off of a railing. Then, she is sent on a mission to punish her. There are battles, blood and guts, and things blowing up. She also forges new friendships which may or may not help her figure things out. Its so intense!
Overall, this is a great book. I would have enjoyed more if I had read the previous books.
🐾🐾🐾🐾🐾
Thank you to the author for an ARC in exchange for my honest review. 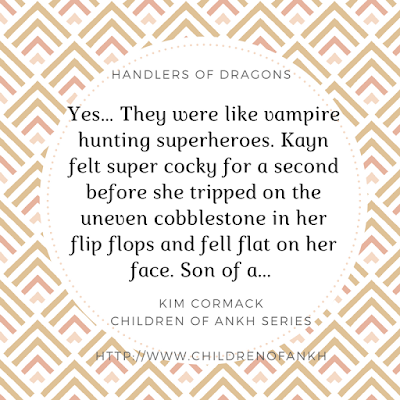