The Corner Shop in Cockleberry Bay
By Nicola May

Rosa Larkin is down on her luck in London, so when she inherits a near-derelict corner shop in a quaint Devon village, her first thought is to sell it for cash and sort out her life. But nothing is straightforward about this legacy.  While the identity of her benefactor remains a mystery, he - or she - has left one important legal proviso: that the shop cannot be sold, only passed on to somebody who really deserves it. 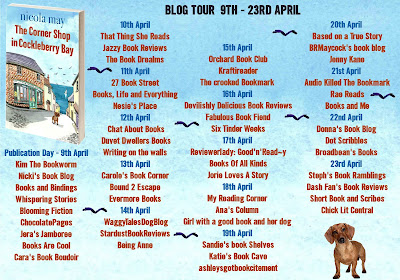 This is where you find out how Hot; Rosa’s cute little Dachshund came to be in her care… 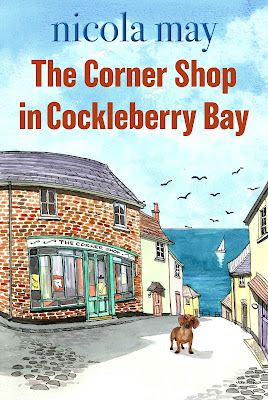 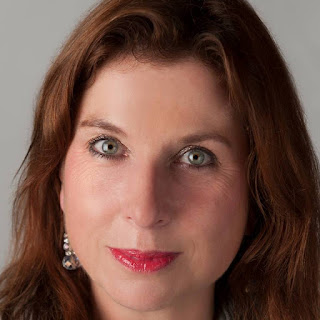 Nicola May lives in the UK, five miles from the Queen’s castle in Windsor, with her black-and-white rescue cat, Stan. Her hobbies include watching films that involve a lot of swooning, crabbing in South Devon, eating flapjacks – and, naturally, enjoying a flutter on the horses.

She won Best Author Read at the Festival of Romance for The School Gates and Christmas Evie, in 2012 and 2014 respectively.

She classes her novels as ‘chicklit with a kick,’ writing about love, life and friendships in a real, not fluffy kind of way. She likes burgers, mince pies, clocks, birds, bubble baths and facials - but is not so keen on aubergines.

You can learn more about Nicola and her other books here:
https://www.amazon.co.uk/Nicola-May/e/B004QUBKWW

Giveaway – Win x 3 Paperback copies of The Corner Shop in Cockleberry Bay (Open Internationally)
*Terms and Conditions –Worldwide entries welcome.  Please enter using the Rafflecopter box below.  The winner will be selected at random via Rafflecopter from all valid entries and will be notified by Twitter and/or email. If no response is received within 7 days then I reserve the right to select an alternative winner. Open to all entrants aged 18 or over.  Any personal data given as part of the competition entry is used for this purpose only and will not be shared with third parties, with the exception of the winners’ information. This will passed to the giveaway organiser and used only for fulfilment of the prize, after which time I will delete the data.  I am not responsible for despatch or delivery of the prize.

Thank you to the author, publisher, and Rachel's Random Resources for this ARC. This is my honest opinion.
When I had gotten the email about a blog tour for this book, I knew I just had to read it. Why you may ask? Well, Rosa has her very own Dachshund named Hot. As a Dachshund lover, I just had to give it a go. (Tank's a Dachshund, too. He is just bigger and hairier than most 😁) 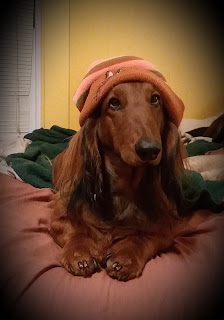 We weren't disappointed. The book is set in Cockleberry Bay where everyone knows everything about everyone. Yet there are still secrets being kept that will turn this little town upside down.
The biggest surprise is when Rosa inherits the corner shop and moves in from London. Rosa thinks she is pretty worldly because she has had to fend for herself since she was a little girl. It was interesting to watch her open up and develop new meaningful relationships.
Rosa herself was a tough one to like. Besides being a dog lover, she had made some shaky decisions in the beginning that I couldn't get behind. But she grew on me as the story unfolded.
The story itself had lots of twists and turns. Some of them were easy to see coming and some were unexpected.  Overall, I had an enjoyable experience reading it. It was one of those books that left me pondering about it for the rest of the day.
🐾🐾🐾🐾
It definitely gets a 4 paw rating as it had suspense, romance, character growth, and of course a Dachshund!

Trigger warning: This book touches on rape and alcoholism.