Read our review of the Reality Pact. 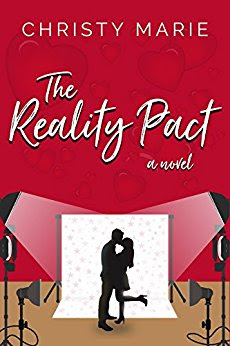 Bio: Christy Marie is an award-winning metro Detroit journalist who lives in the suburbs with her husband, a fellow reporter, a ginger cat and a shelter terrier who lives like a queen.
I’m a closeted reality show junkie who wanted to try my hand at fiction. I had a great time creating and living in Rachel Rue’s world ... and look forward to her upcoming adventures. The follow- up book ‘The Reality Jinx’ will hit amazon in March. 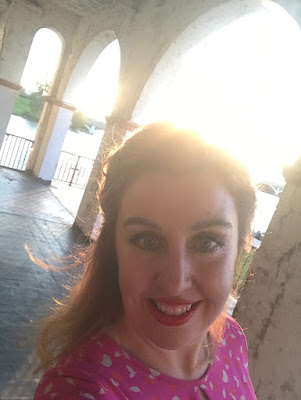 I wanted to try my hand at fiction and I followed the old advice to write what you know. I know the world of journalism, and I know reality TV. I also know many smart, sassy, stable women, and I wanted to envision how they would react if they were suddenly tossed into the crazy world of reality television.

I had the most fun with Grandma. She has no filter ... and her role is bigger and better in book two "The Reality Jinx."

Overall, it took about six months from start to finish. I actually wrote it initially in first person, and then had to re-write the entire thing in third when I realized I wanted to keep a big secret from the main character and didn't want to use any cheesy devices to reveal it to the audience. I was afraid it wouldn't be as engaging in third person, but it ended up making it a better book.

I didn't really cut anything, but I did start going down some roads that became too involved so I saved them for book two.

5. How many unpublished/half finished works do you have? Do you have anything going to be published soon?

I plan to publish this as a series; Book two will be released in March. I haven't started the others, but I have them basically plotted out. I aim for book three in July and four in October.

6. I could not stand Fiona. She caused me anxiety everytime she was in a scene. Did you make her like that on purpose or did it happen organically?

Haha -- good! That means she was a real person to you. My biggest worry was that she would be too evil to feel real.

7. Is Wyatt going to have more of a role in the next book?

Wyatt is a main character in the upcoming release ... and this time Rachel gets to know him much, much better. (Lucky us!) 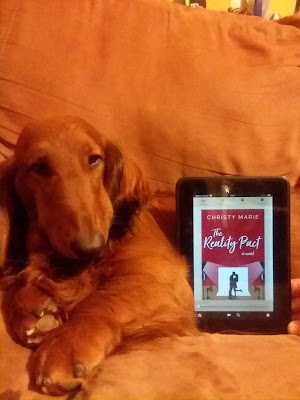 I'm a journalist in real life so telling stories is my passion. I was a newspaper reporter until the bottom fell out of that industry, and now I'm fortunate enough to be in broadcast journalism working on websites. Moving people with the written word is my favorite thing. It's a skill I've honed since I fell in love with it in college.

2. How much time/day do you spend writing?

I write all day at my job; I focus on fiction on weekends, setting aside six hours Saturday and Sunday to sit down with my laptop and dream up a tale.

Oh, there are so many... I love to read as much as I love to write, well, probably more because reading is effortless. I like gritty stories usually, my favorite book this year was "Marlena" by Julie Buntin.  I re-read some classics every year including "Great Gatsby" and "Huckleberry Finn." Mark Twain was a genius. I  consider "Bridget Jones Diary" to be its own kind of classic, ushering in a new style of writing. I like romance when it feels real, so I love Diana Gabaldon, Sophia Kinsella and Nora Roberts. I always reach for the latest from Laura Lippman, Kate Atchinson, Tana French, Tess Gerritsen, Karin Slaughter, Harlan Coben. I love to discover biographies of interesting women like Zelda Fitzgerald, the Mitford sisters, Edna St. Vincent Millay, Alice Roosevelt. I read to relax at night so I usually read a couple of new books a week. I had to switch to e-books because I ran out of room in the house for bookshelves.

I love bright jewel colors -- cobalt blue, emerald green and fuschia -- the brighter the better. We have long, cold winters in Detroit. Wearing bright colors and decorating with them makes it easier to bear.

5. What do you do to get yourself in the creative mood to write?

I pound out news stories all day, but I find that when it comes to fiction I have to sit and stare at a blank screen for awhile. It takes time for me to summon creativity. Short bursts of writing don't do much for me. I need to have hours available in one stretch, and the best writing happens at the end of the time I've set aside. I have to warm up for the story to really start to flow.

Coffee -- all day, every day. I'm devastated that Starbucks cut back on its number of sugar free syrups. Skinny peppermint mochas were my jam.

7. What is your favorite reality TV show?

I'm into Vanderpump Rules right now. Lisa Vanderpump embodies everything I love about reality TV. I'm hoping to morph into her when I grow up.

Thank you to Christy Marie for taking time to take with us today!