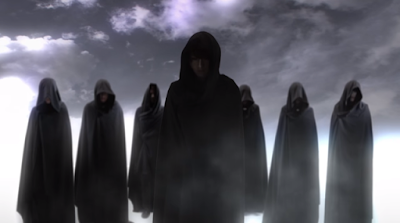 BLURB
A page-turning debut in the tradition of Stephenie Meyer's Twilight, amped up and on steroids with some X-Files mystery, some Hitchcock suspense and countless plot twists and cliffhangers that will keep you guessing. And you'll still be wrong!
*Currently being adapted into Movie Screenplay
One of Wattpad's top read books in 2016, making it to Top 10 Charts in "Paranormal" and "Romance" Categories with over 300k reads! 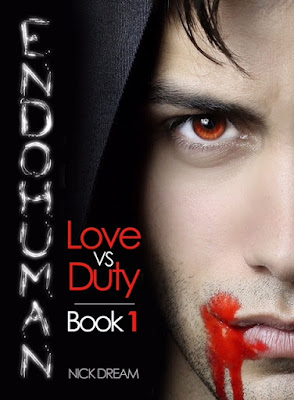 Book Synopsis:
Endohumans are not destined for love.   It is against the Ancient Rules.   Eighteen- year - old Adam Vanolf is about to be one of the last known Endohumans left on Earth as his dying grandfather rushes to complete his training.  These superhuman hybrids descended from the ancient Greeks and Romans  live  concealed among us, sworn to protect mankind and safeguard an almost forgotten secret that is rooted back to the creation of man and the universe.   Alas, the life and path an Endohuman must follow is lonely and dangerous ,  especially for a teenager trying to unravel the mystery that his ancestry hides. Gods? Vampires? Werewolves? Fallen Angels? Or just the creation of an unstable mind?   An ancient evil is awakening and even though he doesn't   know it, the world needs Adam now more than ever. Yet Adam also needs love, so when he meets Evie, the girl of his dreams, a difficult choice must be made...
Amazon: Endohuman
Goodreads:Endohuman
Book Review:
I really enjoyed Nick Dream's  book, Endohuman: Love vs. Duty. It's about a teenage boy, named Adam, who just wants to kiss the girl of his dreams. Instead, he is trying to save the world. The book is well written. There are numerous plot twists that the I didn't  expect. It left me pondering about what is real and what is not in the story. It's hard to describe. I recommend reading it for yourself. I am excited for him to write the rest of the series to see how Adam figures out his place in our world.
⭐⭐⭐⭐⭐

I guess the concept had been brewing inside me for many years and eventually spilled out as part of my own rebellion. That is, the concept of duty Vs love is one of the largest wars we fight in our everyday life. That is, to do what is expected of you versus what you love and makes you happy. Ultimately, the book and trilogy will be about finding that balance where everything fits perfectly and we can be productive and have purpose while not losing touch with who we are as humans and the need to love. Of course all this was ultimately plastered into a story I enjoyed making, incorporating every possible element that has affected my childhood and teenage years. Aliens, vampires, unrequitted love, theater, werewolves, mystery and my favorite being twists and taking the reader or viewer on a roller-coaster ride.

All characters are special to me and every one of them is based on certain aspects of my life and subconscious. Even though I would want to say Adam is my favorite as he is a portrayal of my own internal conflicts over the years, I have to say that Harry was the most intriquing and had the most depth and impact due to his condition.

It took so long! My whole life I dreamed of being a writer (Love?) but got sucked into life's expectations becoming an accountant and working in finance (duty?). Day in and say out I worked to satisfy client expectatons, to satisfy my bosses, to keep my teams inspired and motivated. And then one day at the office I thought..."What about Nick?" What about my dream? And so Nick Dream was born! Every night after work I would write about 1,000 words and post them onto Wattpad aiming to release a chapter a week. After a few weeks I started getting comments and followers on the chapters so immediately I was accountable to these amazing readers that had embraced my new universe. More duty?More expectations? Maybe...but this was something I loved. After about one year at the end of 2016 the story was completed and got over 300 thousand reads in Wattpad. I was so delighted and thankful. In 2017 I got sucked into life again until around November when major changes happened in my life and like Adam, I had to decide what I was going to do. Whether I was goint to stay true to Nick's Dream or let it sink. I had made a New Year's resolution at the end of 2016 when my book was finished on Wattpad. I wanted to publish it. And here I was on Christmas day 2017 having failed to do so. That was when I woke up. Just like Adam in the book. I sat down and looked at the editorial notes my editor had sent me in March. I read them. I went through the whole book again, adding chapters and twists and expanding the story. It was such a beautiful rush and experience and on 30 December 2017 I was pressing the PUBLISH button on Amazon.

On the contrary, I added material. Following the first reviews, I saw that readers wanted more insight and depth into the characters and story. I understood this even though I wanted it to unfold over the course of all three books. So I added more chapters and lengthened the understanding and motives of each character. The book was published at 43,000 words in December 2017 and by February 2018 had been updated to 54,000. I am very happy with the result and have finally stopped adding to it. An amazing voice actor called Joseph Stephenson is currently producing the audio version of the book which we expect to release in mid-March so I had to stop changing things for him to work!lol


5. How many unpublished/half finished works do you have? Do you have anything going to be published soon?

I am working on Endohuman II and Endohuman III which I expect to release in 2018 (probably in the summer and Christmas). I also have an unpublished book of short stories which end in a twist. I work on that as a break from Endohuman so that could be released earlier. I love what I do and also crave to interact with my readers and listen to their views and how they perceive the stories. My books are like living organisms and they feed on the reaction of readers. The Endohuman story evolved and changed quite a bit from the feedback received on Wattpad and then Amazon and I am really happy for that.

6. I liked the twist on the Adam and Eve story, did you do that intentionally?


No, but if I did I wouldn't tell you. It's not as if everything is destined to be as is. Or is it?


7. Are you going to write a sequel to Endohuman? Is it going to be a series?

Yes. Currently working on the two sequels ENDOHUMAN: Man Vs Gods and ENDOHUMAN: Life Vs Death.

It was never a realisation. I'd say it was a natural instinct. I guess I always knew and always loved to read. All it takes is a pen and paper and to let your boundaries and walls fall.


2. How much time/day do you spend writing?

I work about 12 hours a day in my full-time job so I aim on writing for 2-3 hours after that and usually on weekends at a lovely little book cafe called The Weaving Mill in Nicosia, Cyprus, Europe (I attach a picture!) where magic happens. I love that place and get become engulfed for 15 hours non-stop writing with my coffees, teas and then some wine!

So many authors I like! Ray Bradbury is a major influence from the sci-fi and twists and turns aspect of my writing. I also enjoy Stephen King and have grown up reading his novels under my bedsheets with a flashlight. I also love J.K Rowling and was one of the earlier potter fans before it even became a movie idea. I admit to also enjoying romantic Young Adult fiction from newer writers such as Stephanie Meyer and Bella Forrest. Also love the mysteries of Dan Brown and how everything fits together like a puzzle in the end. But I try to move away from each writers cliches and do my own thing which is quite different in that it is so hard to see what genre I am doing!

I like purple. Never understood why. Perhaps it is the tranquility it conveys to me created by the transition from blue to black. From day to night. At that perfect momwnt when the sun is just about to set. It reminds me of closing my eyes and breathing in life while a gentle spring breeze dances around my nostril and caresses my hair.


5. What do you do to get yourself in the creative mood to write?

I play cinematic, instrumental movie music matching the scene I am about to write. E.g. I might search spotify for inspiring cinematic music playlist just before my character is about to set off on his quest or sad music when I am writing a funeral scene. It always gets me in the mood. I also like writing my scenes as if they are a movie. I don't like too many words but definitely enough to paint the scene and background for my readers so that they can see the scene play out in front of them. As if I have created a new world and teleported us in together. That drives me to create and makes me happy. 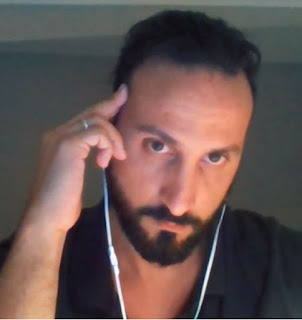 Kind
Author Bio:
Nick was born in London but now lives in Nicosia, Cyprus. He graduated from Lancaster University in the UK with a BA in Accounting and Finance with a focus on banking and financial services.
Despite being an accountant, in his free time he loves reading, watching science fiction movies and spending quality time with his family as well as writing poetry, short science fiction stories and children's books.
In March 2014 he was admitted as a Member of Torr, one of the world's most selective high IQ societies. Torr is a modern micro social network intended to stimulate original ideas, awaken and develop talent throughout the world, provide fellowship, and ensure a better appreciation of the arts and sciences.
Endohuman began life on Wattpad, where it climbed to the Global Top 10 Paranormal Romance Stories for its original, multifaceted and highly entertaining plot. Critics comment that even though the style of the book is Young Adult Fiction, the love story spans a multitude of genres including paranormal, suspense, romance, mystery, werewolf, vampire, sci fi, action and adventure. Nick likes to play with multiple twists in the story clearly influenced by his favorite author, Ray Bradbury, and creates a memorable protagonist in Adam, with a storyline that could go, frankly, anywhere!
Nick is currently working on the second and third installments of the Endohuman trilogy.
- February 21, 2018